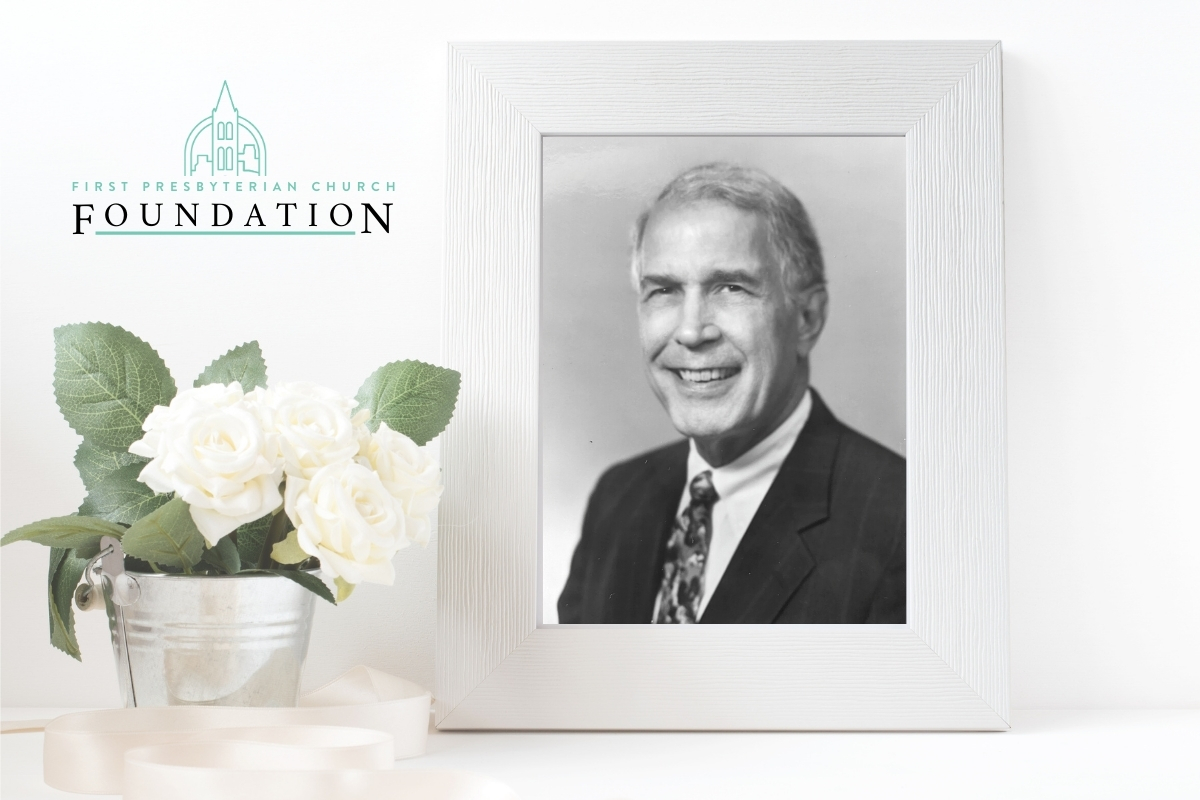 The First Presbyterian Church Foundation is the recipient of a bequest from Dr. Stock’s estate. Dr. Stock was instrumental in establishing the First Presbyterian Church Foundation soon after he came to Raleigh as the Church’s senior minister. Through his guidance, oversight and encouragement, the Foundation was established and has been the recipient of planned gifts or gifts from accumulated resources over the years. He encouraged church members to support the Foundation as well as being faithful stewards of their annual incomes. Income from these gifts to the Foundation has assisted the Church in many capital projects and in supporting its mission endeavors. As one would expect, in his will Dr. Stock remembered the Church through a bequest from the funds he had accumulated over his lifetime. This was the example he set for the rest of us.

It is no surprise that he included the Church and also Union Presbyterian Seminary in his will. I talked to Anne Stock about Ed’s motivation for giving. She told me that he always had given to the church beginning as a young boy. He tithed his earnings when he had a paper route. He was following the example of his father. He continued to tithe when he worked in a hot and sweaty warehouse in his hometown of New Orleans. Dr. Stock once reported that in checking the giving patterns of one of his churches, he was surprised to learn that his annual pledge was the largest even though his minister’s salary paled in comparison to that of many in his congregation. He was always a giver in supporting his causes. He strongly believed in stewardship and was known for his stewardship sermons. Many of us recall receiving a telephone call from Dr. Stock asking if he could come by to pay a visit. We knew it would be a good idea to have the check book handy when he arrived and were glad to do so. Wherever he went and wherever he preached, Ed Stock set an example of consistent and cheerful giving. Our Church thanks this wonderful man for his loving gift, which will endure for future generations.