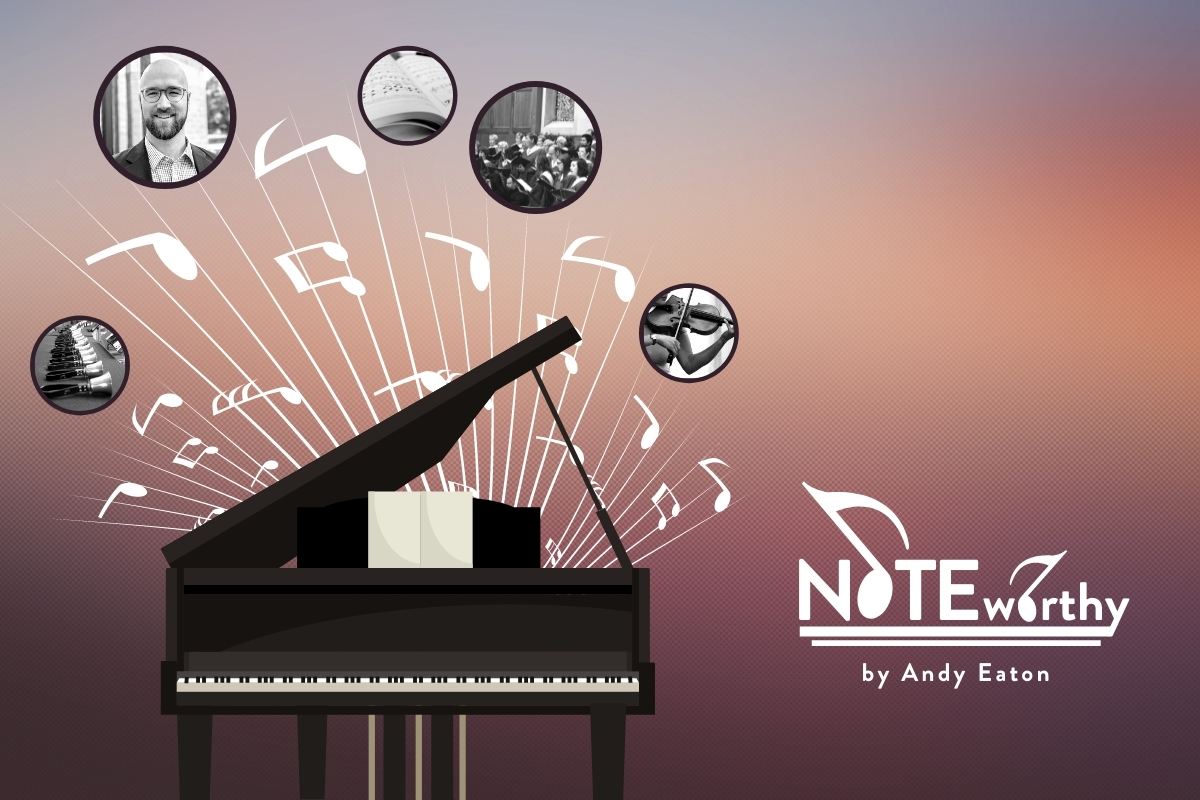 Glory to you who have shown us the light.
Glory to God in the highest and on earth peace, good will to all people.
We praise you, we bless you, we worship you, we glorify you, we give thanks to you for your great glory.
Lord, King, heavenly God, Father, almighty; Lord, the only-begotten Son, Jesus Christ, and Holy Spirit.
Lord God, Lamb of God, Son of the Father who takes away the sin of the world, have mercy on us, you who take away the sins of the world.
Receive our prayer, you who sit at the right hand of the Father, and have mercy on us.
For you only are holy, only you are Lord
Jesus Christ, to the glory of God the Father. Amen.

From the Mass Ordinary

The first concert I ever organized featured a piece by this composer, Josquin De Prez. It was an achingly beautiful piece of his entitled “Nymphes de Bois,” written in memoriam of his composition teacher, another giant of Renaissance music, Johannes Ockeghem (listen HERE if you’d like). I immediately fell in love with the work, however, once I began working on it with the ensemble, I quickly realized a lot of things about it were so far beyond my current knowledge that I didn’t even know what I didn’t know.

It started when the violist in the accompanying quartet (who also happened to be my University Medieval/Renaissance Music professor) asked, “Would you like us to do the ficta as written? They are not what I’d expect for this piece.”

Hoping to maintain a shred of dignity and continue on with rehearsal, I smiled (to hide the clear deer in headlights expression I was feeling inside) and said, “Yes, as written.” Luckily, despite her surely knowing better, she left it at that, and we all went on to give what I’m sure was a wildly uninformed performance of a Renaissance Masterpiece.

Renaissance Music is full of “assumed” ideas like musica ficta.

(This paragraph is an explanation of that concept if you are so interested) Musica Ficta are notes in medieval/renaissance music where an accidental is implied but not notated. This is because, in the era of its performance, performers would instinctively know to avoid certain intervals (usually augmented or diminished) due to the musical philosophies and theories popular at the time. You can see some examples of suggested musica ficta in the accompanying Youtube video, where sharps, flats, and naturals are listed above the notehead. These are additions by editors of this piece, likely added in the last 75 years or so.

In the Youtube video which accompanies this article, you may notice a few more differences in early music. The audio begins with a singing of the Gloria chant, which is not notated in the score. Another – when the voices begin, there are no bar lines on the music itself, just vertical lines in between the voices, added by the editor of this engraving of the piece.

The absence of these guidelines, explicitly and scrupulously notated in our modern music, is a part of Renaissance music that I find to be absolutely intoxicating.

Even moreso, in early music, it was common that each singer was given only their own part, rather than the full score. Considering that each of the voices in this piece moves completely independently, you can only rely on listening to your neighbors so much. In many early music settings, a person would literally beat a large stick on the ground to keep the group in tempo. When singing this repertoire, you have to be very secure in your part, feel the pulse together, and hope that it all comes together in the end.

In this way, our Christian life is a lot like early music – all we will ever know is that part which we were given, and our job is to make beauty of it. Sometimes, that means altering our original plan by a little bit to make a little more harmony in the world around us. It means listening for the pulse of the Holy Spirit and following that steady drum. It means trusting that together we make beautiful music, whether or not it sounds like the other parts are with us.

Do not merely listen to the word, and so deceive yourselves. Do what it says.
James 1:22