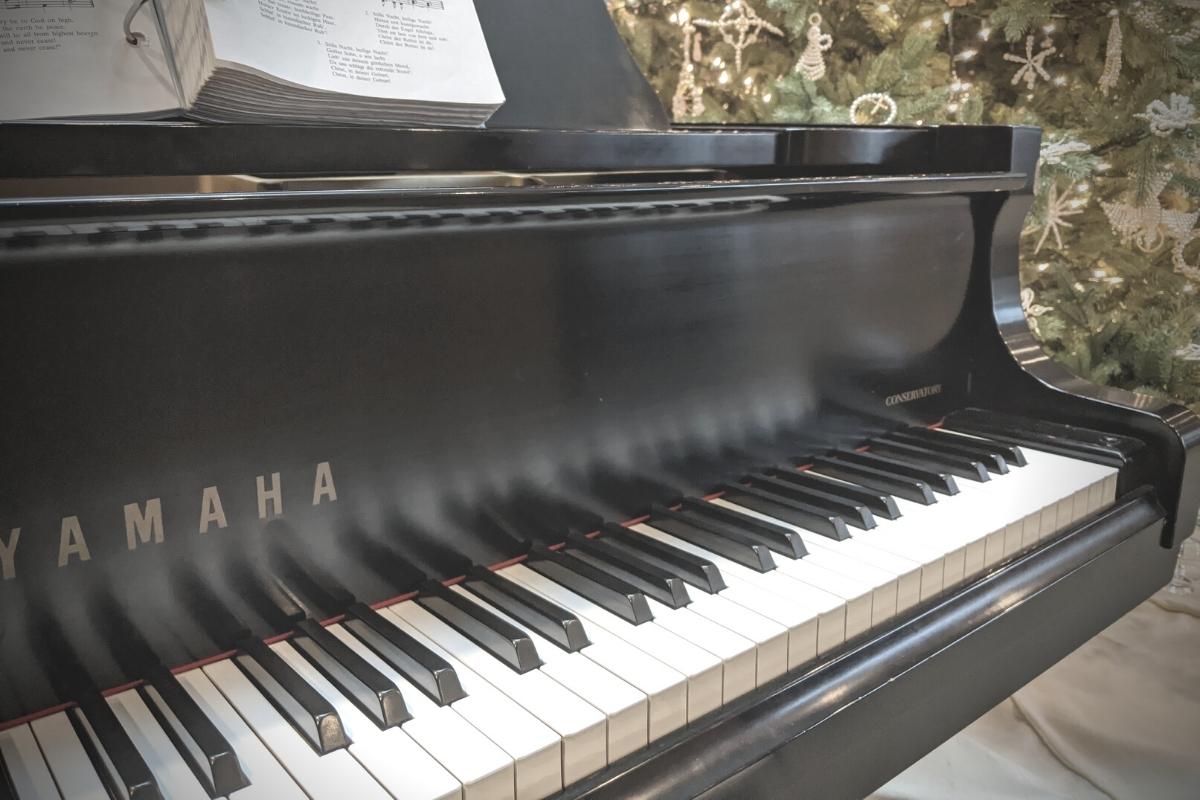 To get us fully in the Advent Season, the handbells will again be ringing for the congregation this Sunday, offering two pieces that, within them, present four different recognizable melodies. The first, “Bethlehem Pastorale,” by Karen Buckwalter, presents the familiar Christmas tunes “Sheep May Safely Graze,” and “Forest Green” (or, the other “O Little Town of Bethlehem”). The second, by Lloyd Larson, is an arrangement of “Ding, Dong, Merrily on High” and “Carol of the Bells.”

This music linked above, a lively arrangement of “Ding, Dong, Merrily on High,” is another example of many ideas mixed together to create something lovely. Firstly, the tune was originally not a religious piece at all, but a secular French dance written in the 16th Century. It was not until the 20th Century that the music took on its current form of a Christmas Carol.

The lyrics, written by Geroge Ratcliffee Woodward, are written in a “macaronic” style, which, unfortunately, has little to do with pasta and tasty melty cheese. In fact, macaronic lyrics are lyrics which combine words or phrases from two languages. Often this style is used for humor, but in this case, the juxtaposition of English and Latin is done with some seriousness.

I think macaronic lyrics are particularly appropriate for the Christmas season. It is this season when we see the most true blending of sacred and profane, the melding of stately and lowly, and the smudging of all the delineations we once held dear – all through a baby born in a manger.

From the outside, this birth did not look miraculous. Quite the opposite. Seen through a contemporary’s eyes, what else could you see but a sad case of a knocked up young woman giving birth in a filthy barn? It’s awful, unsanitary, improper.

But it was through these means that God sent His son to show us how He loves us.