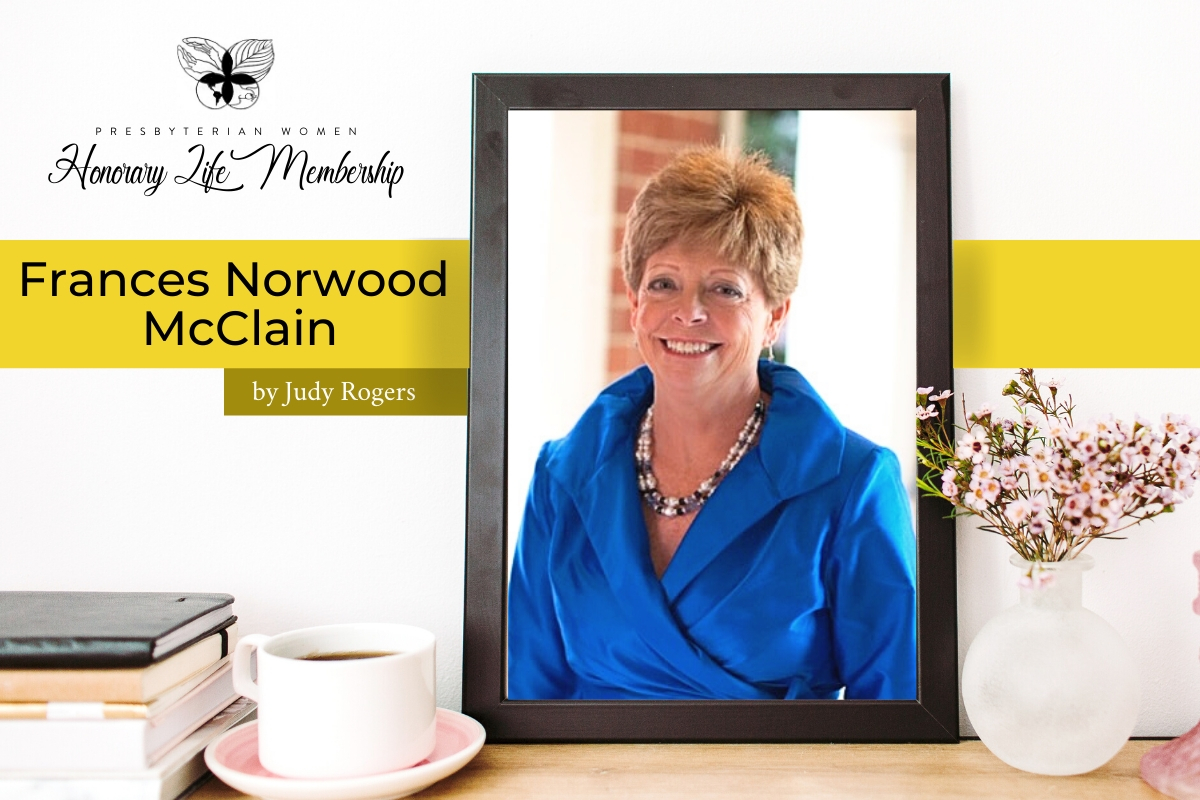 Frances was born and raised in Norwood, Stanly County, NC. Her father worked for the railroad and her mother was a school teacher. She has one brother who lives in Albemarle, and he was a dentist in Norwood for over 40 years.

Frances graduated from South Stanly County High School, where she was in the Honor Society, a majorette and basketball player. She graduated from Wake Forest University in 1972 with a degree in mathematics, and while at Wake Forest University, was a member of the women’s basketball and tennis teams. After graduating, she taught high school mathematics in Virginia Beach, VA for one year. After that year, which she says convinced her that teaching was not God’s plan for her life, she moved to Raleigh and went to work for the State of North Carolina Department of Administration, thus starting her professional career in computers and information technology.

She later worked for Carolina Power and Light Co., Chesapeake Electric Company and the North Carolina Department of Corrections as a computer programmer and systems analyst. Her husband John tells her that her greatest claim to fame professionally was designing the computer program available to the Department of Corrections to determine the quantity of ingredients necessary for the preparation of three meals a day for every inmate in this state. He also tells her she created the world’s biggest cookbook!

Although raised in the Methodist Church, in 1978 she joined First Presbyterian Church and has been an active member since then.

She married her husband, John, on New Year’s Day in 1982 in a service performed in Norwood, NC, by Dr. Al Edwards. She and John are the proud parents of two sons born and raised in this church – John, born in 1983, and Andy, born in 1985. John presently resides in Wilmington. Andy and his wife, Christine, reside in Raleigh and are members of First Presbyterian.

As any of you who have talked with Frances in the past three years know, she and John are the proud grandparents of Forster, age 3, who spends his weekdays happily playing in his class at the FPC Child Development Center.

As a young mother, she taught youth Church School, volunteered each year in Vacation Bible School, and cooked meals for the youth groups on Sunday evenings.

Frances has served as a Deacon, and is presently serving her third term as a member of the Session at First Presbyterian. During a period of time when she was not an active Elder, she served as the Clerk of the Session for several years.

She has also served as a member of the Board of Directors of the First Presbyterian Foundation.

Over the years Frances has been a member of various Church School classes, including the Ed Greer class, Rick Brand class and presently the Faithbuilders class.

She has been an active member of Circle 8 over the years and presently serves as the Together in Service Communicator for PW.

What is Frances doing now? She continues her work at FPC. She reads and travels. Lastly, she and John babysit for Forster.

Congratulations Frances on being a 2020 Honorary Life Member recipient!